Journey into the Amazon

In this narrative film and interview with reformer Willer Gomez, humanitarian filmmaker Gentry Faith Wilson takes us into a remote village in the Brazilian Amazon. Watch and read below.

Tucked away amidst the ominous beauty of the Brazilian Amazon River Basin sit countless rural communities with an array of languages, histories, and belief systems. For decades, followers of Christ have left the Amazonas capital city of Manaus to live out the good news of the Gospel in the Basin’s most untouched places. In doing so, they trade lives of comfort for hardship and rejection.

Willer Cursino Gomez is one such person. Following the example of leaders before him, Willer moved his family to the rural province of Sol Nacente in order to plant and foster a local church.

As I spoke with him in his church building, long under construction, I felt that the building itself reflected the way God’s kingdom is taking root in this overlooked place. The church’s foundation was laid by one set of hands, and the patchworked walls, another. The ceiling was incomplete and supported by exposed beams. But the pews were in place, the pulpit upright, and Willer, the visionary that urged the construction forward, was eager to tell the story:

In 2000, a group of missionaries from Manaus came to Sol Nacente, propelled by the vision to plant a church in the region. They began construction, but on multiple occasions would make  supply runs to surrounding cities only to return and find the church structure destroyed, their homes vandalized, and their integrity challenged. Years of faithfulness marked by persecution yielded a slow but steady growth of believers in the area, but no church. Eventually, the missionaries built a library to serve as their meeting place—a church in disguise. “[They were] picking up rocks, and paving the way,” as Willer puts it, for his arrival in 2012. “But the difficulties did not end. They did not end.”

Not long after the Gomez family came to Sol Nacente, Willer was attacked by three men as he walked through the village to buy bread. “They threw me in the mud,” he says, “and they beat me. They threatened us, and said if we did not stop building the church, they would kill me.”

“They threw me in the mud,” he says, “and they beat me. They threatened us, and said if we did not stop building the church, they would kill me.”

Over time, this kind of resistance and rejection wore Willer into depression. Describing the mental anguish he experienced, he began to weep. “What sustained me could have only been the grace of God. If the Lord was not with me, I would have perished, or I would have killed myself.” In the darkest moments of his depression, during an attempted suicide, Willer found himself praying for his own life. “I was telling God, ‘I still love you.’”

Through reliance on Christ, his family, and the growing church body in the area, Willer eventually surfaced from his depression. Now he holds a new perspective that carries him even through times of trial and rejection. “My life is not based on circumstance,” he says, quoting Paul’s letter to the Philippians: “For me, to live is Christ and to die is gain.” Today his hope is that God will repurpose persecution into a force of love in Sol Nacente. His prayer for his brothers and sisters in the church is this: “That they care for people and love people, because we know what it is like to not be loved.” 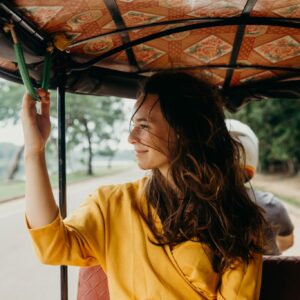 Gentry Faith Wilson is a Texas-based humanitarian filmmaker and communications consultant for NGOs and social enterprises across the globe. After graduating from UT Austin with a passion for shedding light on social development in overlooked parts of the world, she started her film production company and spends much of her time shooting and observing cultures overseas. When she’s not filming, she is likely going on a long run with her husband, fishing, or drinking iced tea.
PrevPreviousChecking in with Reformer Jacqueline Isaac
NextOf Love and BaklavaNext