Of Love and Baklava

In 2003, the War in Iraq made headlines in every major news outlet across America. Islamic State militants waged war on Iraqi Christians and Americans alike, whom they labeled terrorists. In March, the United States military launched its “shock and awe” bombing campaign on the capital city of Baghdad. It was under these circumstances that Nael and Manar Al-Najjar fell in love.

Nael, 27 at the time, was working in his family’s sweet shop in Baghdad. He had worked there since he was a kid and learned the trade of Middle Eastern desserts early on. While most men in Iraq marry before their late twenties, Nael was in no hurry. But when he attended his cousin’s wedding and saw Manar for the first time, he told his cousin he’d like to meet her.

Manar was 23 and lived with her family in Mosul. When she saw a picture of Nael, Manar thought he looked nice and consented to an introduction. That initial meeting was short and Manar told him she’d need some time to consider marrying him. She then asked around to find out if Nael was a good man. When all reports came back positive, she told him yes.

In Iraq, it is customary for the man’s whole family to visit and meet the woman’s family before a wedding takes place. It was standing room only when Nael brought all 12 of his family members into Manar’s small home in Mosul. They didn’t come empty handed: Nael brought with him 25 boxes of different kinds of baklava from the bakery as gifts. While Manar’s father was impressed, she remained a little wary. She thought it strange that each package had a label that said “Manar” on it. When she asked Nael about it, he laughed. “The shop I work in is called ‘Manar’s Sweets’.”

Coincidence aside, Manar’s family approved of the pairing and the two were married a short two months later. They settled in Baghdad where Nael continued to work at Manar’s Sweets and Manar started work as a chef at Santa Gorg church. Both Nael and Manar were raised in Christian families and brought that faith into their marriage. Soon Nael and Manar’s little family grew with the birth of their son, Daniel,  and a couple years following, their daughter, Diana.

Though times were perilous for Iraqi Christians, the Al-Najjars continued worshiping and attending church at Our Lady of Salvation Church in Baghdad. Then, during a Sunday evening Mass in late October of 2010, six or more suicide jihadis of the Islamic State descended upon the praying congregation. The jihadists first taunted the congregation, calling them infidels and shooting people at random. When the Iraqi army arrived to stop the siege, the jihadists detonated their vests, killing a total of 58 worshipers.

Nael and Manar weren’t there that night, but Nael’s sister and cousin were. His sister made it out, but his cousin was among those killed inside the church.

Despite the horrific attack against their own church and increasing violence against Christians, Nael and Manar were hesitant to leave their home, community, and jobs. That is, until the threat of violence hit home.

The jihadists first taunted the congregation, calling them infidels and shooting people at random. 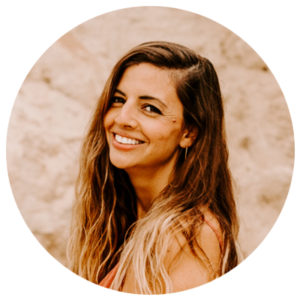 Jenny Telfer is a photographer and freelance writer based in Southern California. She graduated from Vanguard University with a BA in film and has traveled to over 32 countries. She loves Jesus, her family, traveling, strong coffee, good wine, and true crime podcasts.
PrevPreviousJourney into the Amazon
NextIn the Place of SilenceNext