In the East Sepik Region of Papua New Guinea, about half of the province’s population lives on the river. The hospital is anywhere from a one- to five-day journey away for those who make their home on its muddy banks. When illness or emergency strikes, a family’s only option is to paddle downriver in a canoe.

Mark Palm, pilot and founder of Samaritan Aviation, first traveled to Papua New Guinea in 1994. He counted only two runways on the 700-mile river and realized a floatplane could change—and even save—lives.

“We saw that a whole region could be served with a C-plane where no one else can get to these people. We could pick them up on various river areas and carry them to the hospital. The idea of doing that for free was something nobody else was doing. We’ve called it ‘an adventure in faith’ since 2000,” Mark says.

Today Samaritan Aviation provides life-saving flights to the region’s only hospital serving over 600,000 people. Its dozens of aid posts along the Sepik River also serve as Samaritan’s 700-mile-long runway. Landing on the Sepik means navigating chocolate-colored water that renders the numerous fishing nets, people in canoes, sandbars, and crocodiles nearly invisible. Yet the pilots of Samaritan Aviation conquer this impossible landing everyday.

Despite operating just two C-206 float planes in the area, Samaritan Aviation has flown over 1,000 flights. The plane has completely revolutionized healthcare in the entire East Sepik region, transforming a place with one of the highest infant mortality rates in the world. Thousands of lives have been saved because of the organization’s ability to deliver medications to stop malaria, cholera, and other outbreaks in remote villages.

On the ground, Samaritan’s hospital ministry provides personal care for patients. Samaritan visits patients flown to Boram Hospital every day until they are discharged. Volunteers bring toys, plastic dishes, and food for patients. More importantly, they bring spiritual nourishment, praying with patients and sharing the good news of Christ’s love.

Samaritan faces extreme conditions everyday on and off the ground. Yet Mark’s vision for the future is only expanding, to include a world where the healing love of Christ is known throughout the East Sepik region and beyond. “I’ve been in the village during tribal war, picked up people with machetes sticking out of their chests, spears rammed through them and other gruesome things you can’t even imagine.”

“We want to make a sustainable long-term difference and not just be a relief organization. I want these people to know that they are loved and feel encouraged.” “Sometimes, our timing and God’s timing are two different things and he needs to prepare us to be ready for what he has in store for us.”

“I wanted to be a missionary and a pilot. I wanted to use an airplane as a tool to share God’s love in a place where no one else was doing it.” “Many people said it could not be done. People who have been in Papua New Guinea for years said it would be too dangerous. But we felt God say to keep going, keep persevering, keep praying, and keep sharing.”

“They have no hope if the plane isn’t flying. As an advocate for them, I’m standing in the gap doing things on their behalf they don’t have the ability to do.” “This hospital serves over 500,000 people and has restricted access. We saw that a whole region could be served with a C-plane where no one else can get to these people.”

“We encounter mothers with breeched births, poisonous snake bites, tribal wars, diseases like malaria and tuberculosis, things we don’t even think about in the States. They deal with these issues on a regular basis in a remote location with no medical supplies.” “Everyone is called, but some people don’t answer.” 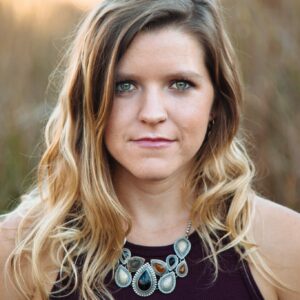 Catherine is a San Diego-based photographer and writer who has a deep passion for amplifying voices in conflict zones around the globe. Her desire to share stories and bring awareness visually and verbally has lead to multiple publications around the world. When not traveling or snapping film photographs, she can be found surfing or at the local farmers markets. www.catherinerosephotos.com
PrevPreviousHope for Change in an Age of #ChurchToo Sexual Abuse
NextFortitude in the Face of PersecutionNext