Forty Years a Survivor: A Story of Suffering and Freedom

Joe Kong was qualified on all accounts to be killed by the Khmer Rouge. As an educated, high-ranking government official, he and his young family were targeted by the invading communist party. It was 1970 and the Cambodian genocide had just begun.

Joe fled his home, escaping across the Mekong River and through the Cambodian jungles, seeking safety from the radicals who turned peaceful villages into war zones. As a leader within the Department of Agriculture, Joe was high on the Khmer Rouge’s hit list. Terrified of being recognized, he and a few colleagues disguised themselves as coal miners and survived on unrelenting panic for three days as they raced toward Phnom Penh. Cloaked in the buzz of humidity, dripping in fear, and desperate for relief, Joe cried out to God, any god, unaware of the Great Deliverer already fighting on his behalf.

Once in the capital city, Joe had no other choice but to maintain his job. He and his family remained in Cambodia not out of devotion to country, but out of fear for their lives. For five years Joe worked in Phnom Penh until he was chosen to represent Cambodia in the United Nations Mekong Committee in Thailand. His future was about to dramatically shift.

Terrified of being recognized, he and a few colleagues disguised themselves as coal miners and survived on unrelenting panic for three days as they raced toward Phnom Penh.

The airport had become a no man’s land and the only plane available had exactly seven open seats. The pilot, unwilling to take off under the circumstances, finally relented to Joe’s begging and rushed him and his family out on the tarmac, hoping any inbound bombs would miss them. Joe, his wife, and their five children landed safely in Thailand. Three weeks later on April 17, 1975, Cambodia fell to the Khmer Rouge and most government officials were captured, tortured, and murdered.

To this day, Joe is amazed he survived. He didn’t know it then, but the blood of Jesus qualified him on all accounts to claim victory in life not just as a survivor, but as a chosen and loved child of God.

Without a home and desperate for security, Joe declared himself and his family as refugees to the United States. They eventually arrived in Salem, Oregon empty handed and determined, but still dispirited. The trauma of his people’s fall and his family’s near escape from genocide left Joe feeling trapped. More than anything he wanted to be free from fear. Upon hearing that Joe couldn’t find a house big enough to rent for his large family, a local church reached out with the resources they had. In that easy gesture of attentive kindness Joe saw, for the first time, the love of God. He found the freedom he was looking for. He knew the hand that saved him, and surrendered his life to Christ.

“I thank the Lord everyday for saving me,” he says. “For as long as I live, I want to serve God no matter what it takes.”

Joe went on to work as the leader of the Cambodian church in the United States for the Christian and Missionary Alliance (CMA). Then, after 11 years as the CMA National Director for International Ministry, Joe felt a call back to Cambodia. Many leaders in the local church felt alone in their missions and contacted Joe for help, knowing his experience and Cambodian upbringing would be the exact support they needed. While Joe felt the symptoms of trauma surface at the thought of returning home, he knew he had to go.

Now Joe and his wife Kay, along with many other survivors of the Khmer Rouge, are reestablishing a generation of Cambodian leaders that the genocide took. The church is growing as the nation heals. Still, nearly 50 percent of the country is under the age of 25, and the church feels the consequences of young leaders lacking mentors.

Blessed are the persecuted, for theirs is the kingdom of heaven. For Joe and many of the believers in Cambodia, this promise in Matthew 5 means much more than eternal rewards. Such a holy inheritance means an earthly nearness to God that only adversity can award.

Suffering is beyond our understanding. But for many on the other side of it, regret and suffering are hardly ever friends. After starvation, torture, forced labor, and beatings for disobedience, the Cambodian people were exhausted of everything but a desperation for hope. For some, Jesus became their reprieve.

“People returned home to their villages as Christ’s ambassadors,” Joe said. “God used the war to bring people to him.”

Kieng Heck was a young girl when the genocide started and fled to the refugee camps in Thailand. One evening while resting in a rice field where she worked, her lonely voice joined the sunset as she cried out to God. Kieng needed hope, and she found it when she encountered a Bible study in her camp. She now lives in the United States planting Cambodian churches. She returns to Cambodia yearly to lead education in women’s health across the country and uses her story to share the promise of life-to-the-fullest in Christ.

After starvation, torture, forced labor, and beatings for disobedience, the Cambodian people were exhausted of everything but a desperation for hope. For some, Jesus became their reprieve.

Chanthan and Bounoeuy Kes were also young when the Khmer Rouge forced them into hard labor. Separated from their families, they feared for their lives as they watched others die of starvation. After escaping they both fled separately to the same refugee camp where they found life in Jesus. Eventually, they moved to the United States and met each other, realizing only then that they had taken shelter in the same camp. Now married and living in Cambodia again, they serve as missionaries to rural villages, testifying to the healing power of redemption.

Cambodian survivors, vessels deplete of the world, now filled and afloat by grace. In their emptiness, the fullness of God enters and defeats fear. Victory over pain is theirs, and a holy closeness to God is their trophy. These survivors knew the sting of death but store away those memories as part of God’s redeeming plan. Theirs is the kingdom of heaven.

Cambodian survivors, vessels deplete of the world, now filled and afloat by grace.

Of course, God did not create a broken world. We are called to do everything we can in the name of peace and to join his redemptive work. But a healed Cambodia makes this clear: the greatest reward in life is a oneness with God. Freedom comes with resilience in pain as a relentless savior enters our hearts and transforms our damage into beauty.

Today young Cambodians, unharmed by the genocide but still mature in their people’s history, are excited and passionate about the responsibility before them. Joe and Kay—now at the end of their careers—witness a new generation emerge with confidence to stand on their own, empowered to revitalize the church in Cambodia.

Joe and his people withstood more than what most can begin to imagine. But pain does not decide their stories, and it does not have to decide ours either. The God of perfect sustenance does not call us to be strong. He calls us near as we reach out our weathered and empty hands. As we lean into our pain, we allow God to turn our bruised and hollowed hearts right-side-up and be filled with the hope that extends to us the kingdom of heaven.

Editor’s Note: Joe and his wife Kay are retiring this year. You can learn more about The Christian and Missionary Alliance’s work in Cambodia here.

Since the Cambodia genocide, thousands of survivors and even members of the Khmer Rouge have converted to Christianity. Read about the growth of the Christian church here and here. 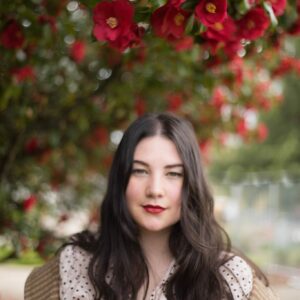 Hetta Hansen is an Oregon-based journalist, photographer and strategic creative. She believes in the power of story and prose and a welcoming smile. In her free time she dances ballet and travels our big small world. View her work at hettahansen.com or @hettahansenphoto.
PrevPreviousTransforming Tragedy
NextThe Mothers of Something NewNext