Nations Media is built around four core values: Advocacy, Beauty, Life-Risk, and Reformation. These values form the skeleton of every story we tell, animating them with form and forward movement. In this series, four essays will consider each pillar through a narrative lens.
Up first: Beauty.

I am running down a stretch of road in my neighborhood through late afternoon light. The road slices through a canyon and hills rise up on either side, drenching it with shadows. Higher up, houses with decks and terraced gardens look out over the bay, but down here in the canyon apartment buildings and duplexes crowd the street. I crunch over dirt clods that avalanche from the hills onto the sidewalks. The liquor store’s sign announces LOTTO. BEER. MILK. At a halfway house residents sit on the porch in office chairs smoking cigarettes down to nubs. One man inclines his head as I run by, and I raise my hand to greet him.

I love the view from this street. The shabby and unkept elements highlight the blue trim around a doorway, cactus growing wild on the canyon sides, a woman with a walker making her slow pilgrimage down the sidewalk. This neighborhood is lovely in a different way than the ones perched above. As I run I think about why I’m drawn to this kind of beauty, one interrupted by flaws—a kind of beauty where shadow and light coexist, one not negating the other, each becoming more itself because of the other.

The Japanese term wabi-sabi describes the beauty of imperfect or incomplete things. You could apply the term to a weathered building mottled with peeling paint and climbing ivy. Realtors might call this character. But there’s another reason why a pristine piece of modern architecture is in some ways less compelling than its weathered neighbor: immaculate beauty doesn’t tell a complete story. What the Gospel offers is a way of seeing the world in which scars are part of the narrative, a narrative about God salvaging wounded people and remaking them to look more like their holy Creator. We are painted with scars and fashioned in the image of perfect Love. A Gospel-shaped sense of beauty makes space for both things to be true.

I live near the border of Mexico, a country I love excessively. I can’t explain my affection, only that it is deep and way beyond proportion. I think it’s due in part to growing up in Southern California, which is steeped in Mexican culture. Maybe it’s that I’ve traveled there more than most places, or that I speak the language. Whatever the reason, Mexico has always seemed to me like everything at once: gorgeous and bruised, humbling and humble—a bewitching, confounding, delicious, and generous country.

Mexico is a place of contrasts: great wealth and great poverty, great dignity and great suffering. Its geography can steal your breath; its art and cuisine have roots reaching to previous millenia. The people are some of the most resilient, compassionate, and welcoming I’ve met. Yet Mexico is also inflicted with corruption and machismo and emigration. Its crime is unapologetic, its violence blatant.

On its streets sunlight brightens walls painted terra cotta and azure while trees drip shadows over the central plaza, where people sell produce and crafts and meals, poverty and abundance mingling. In this country, the rips in societal fabric are conspicuous. Yet Mexico’s beauty is no less potent for its wounds. Rather than negate its goodness, they tell a fuller story. They open spaces for dignity and hope to make a way.

The Japanese art of kintsugi, which can be translated as “golden repair,” is the practice of sealing up broken pieces of pottery with gold lacquer. Through kintsugi, a shattered teacup or bowl is remade—not to be what it was before, but to become something more valuable. In the hands of a master kintsugi craftsman, the piece becomes far lovelier than before it broke, the metallic lacquer holding the pieces together, appearing as rivers of gold splintering through the porcelain. (See The Mend Project for a gorgeous application of kintsugi repair.)

This method recognizes that wounds can be remade into something more complete than before the wounding occurred. After a bowl has been shattered and sealed with gold, it’s not only more dramatic aesthetically, it is also stronger. The lacquer makes the china or porcelain resilient. The scars, previously points of fissure and weakness, are more durable than the original material. Points of weakness have become channels of strength. Kintsugi reminds me that God’s people are called to find beauty not in perfection, but in the process of being made whole.

When I consider this core value, beauty, I think of the reformers featured in Nations and where they’ve chosen to live. Their stories are different, but these men and women are all drawn to similar places: to borders, red light districts, prisons, and cities everyone else has given up as a lost cause. With God’s eyes, they see beauty in overlooked places. Their vision reframes chinks and cracks into opportunities for healing to rush in. These reformers join God in the work of sealing up wounds to create wholeness.

To call wounded things beautiful is not to glamorize or glorify suffering, nor does it mean celebrating the wound itself. It’s not a reduction of pain but an expansion of the imagination. Finding beauty in painful places requires the conviction that God remakes us and the world. But God doesn’t just bind us up and return us to the way we were. Like kintsugi, God’s relentless movement toward redemption is the opposite of utilitarian. To remake jails into houses of worship and forgotten towns into sites of revival is an act of extravagance, something like putting a shattered cup back together with webs of gold. 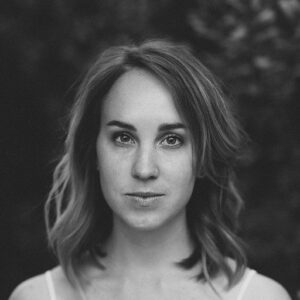 Annelise is a San Diego-based journalist and essayist who writes about food, travel, faith, and the terrain between. She earned her MFA in creative nonfiction writing through Seattle Pacific University and her work has appeared in The Millions, Brevity, Hidden Compass, Sojourners, and Civil Eats, among others. She is the Editorial Director at Nations Media. View her work or say hello at annelisejolley.com.
PrevPreviousDispatch from Iraq
NextRethinking the Language of Short-Term MissionsNext