Through her life’s work, Pandita Ramabai declared Jesus the greatest liberator of women

The women’s liberation movement in India owes its beginnings to one woman, and the redeeming power of Christ in her life.

Ramabai Dongre (later, Ramabai Medhavi) was born into the religious Brahmin caste in 1858. She spent a decade studying and learning under the Hindu scriptures, yet at age twenty-five Jesus would prove to her that he was the greatest liberator that ever existed, and envelop her in his love.

In a society built on a several-hundred-year-old caste system designed to separate people, she carried Jesus’ message of uniting mercy to those on the edges. Today she is widely recognized as the first woman to dedicate her life to bringing light to the plight of women and the disabled in India.

Pandita Ramabai watched everyone she loved die before her, and was never fully accepted by either her native culture or mainstream Christianity. Instead she clung to the personhood of Jesus, depicting his love and grace to thousands of people who society had judged unworthy of value. Christ’s message of salvation had set her free as a young woman, and she extended that message of freedom until she died.

Counter to normative Indian practice, Ramabai learned Sanskrit from her father in childhood and excelled in every area of learning afforded to her. Her parents died in the Great Famine of 1876-78 and because her father was known to educate women, the community refused to help bury him. Ramabai’s brother, already emaciated from hunger, carried their father’s body almost two miles to the burial ground.

The Brahmin community in nearby Calcutta welcomed both her and her brother and allowed them to study. The scholars of Calcutta were amazed when, during a grueling exam, Ramabai extemporaneously recited over 18,000 verses of Sanskrit scripture. They were so astounded by her ability that they awarded her the title of Pandita, signifying scholarly and religious excellence.

Again breaking from normative cultural practices, she went on to marry a man from a lower caste system. When he died of cholera only seventeen months later, Ramabai was left to care for their newborn daughter alone.

She began to travel to nearby regions and attract audiences with her recitation of Sanskrit poetry. She was one of the first outspoken critics of the way Hindu widows were treated. In 1829, India had finally outlawed the practice of sati—the burning of a widow at her husband’s funeral—but this had not prevented widow abuse at the hands of husbands’ families. Due to the practice of child marriages, most widows were sentenced to a lifetime of physical and sexual abuse.

“The greatest liberator of women”

No longer welcome near her husband’s family, Ramabai left Calcutta and moved to Pune, where she opened homes for widows. In these homes women received classes on life skills and basic education. Though she initially launched the ministry with very little money and almost no support structure, the mission grew and remains active today.

In 1883, Ramabai was invited to a women’s conference in England led by the Congregation of Anglican Nuns. By this time God had been working on Ramabai’s heart for several years through introductions to Christian missionaries and invitations to several prayer-dinners.

Later she wrote, “My eyes were being gradually opened; I was waking up to my own hopeless condition as a woman, and it was becoming clearer and clearer to me that I had no place anywhere, as far as religious consolation was concerned.”

While talking with the nuns during the conference, they told Ramabai the story of the woman caught in adultery (John 8:1-11). Jesus lovingly moves toward the woman and dares the religious officials of the time to confront their own sin. The parable shows Jesus working not only to break down the barriers between God and people, but also the barriers that people set up between themselves.

Moved by the story and Jesus’ attitude towards oppressed people, Pandita Ramabai declared Jesus the greatest liberator of women and asked to be baptized. She longed to bring that vision to India—one of a God who loves all people equally no matter if they were slaves, free, male, female, religious, or Gentile.

With this conversion experience, Pandita Ramabai’s ministry to women and her fight for liberation now turned into a full-fledged operation. Empowered by the emancipating message of Christ, she started a center for unwed mothers and a famine-relief office upon returning to India. During this phase of her life she was a whirlwind of activity and blessing. She taught Sanskrit and lectured on the plight of Indian women in England and America, which funded her cultural and legislative fight for women’s rights in her home country.

She taught (and believed) that the personhood of Jesus, his perfection and completion, was what gave her the ability to liberate, help, and serve others. She realized that the trappings of religion sometimes inhibit believers from possessing and acting upon the truth. Her ministry was Christ-centric, focused on obeying the command to love thy neighbor while understanding that Christ is the source of true freedom.

“Moved by the story and Jesus’ attitude towards oppressed people, Pandita Ramabai declared Jesus the greatest liberator of women and asked to be baptized.”

She wrote, “One thing I knew by this time, that I needed Christ and not merely His religion… I had at last come to an end of myself, and unconditionally surrendered myself to the Saviour.”

Pandita Ramabai never styled herself as a missionary, even after her conversion, despite others pressuring her to do so. She was at times criticized by both her local and national Hindu religious community, as well as the larger Protestant community, for not ascribing to the norms and practices people expected. She took an English name, Mary, which angered her Indian supporters. Whenever she traveled abroad, she chafed at colonial attitudes by wearing her normal Indian attire and remaining vegetarian.

Her support base was made up of people like her: those who didn’t quite fit in any neat category. In Boston, a group emerged called the Ramabai Association: a ragtag group of Unitarians, Episcopalians, Methodists, and Baptists. The group offered her a fixed income every year in order to continue opening schools for child-widows, where they would be educated, not converted.

Ramabai proved that Christ isn’t tied to one denomination, and Christ’s formative and liberating work can be carried out in diverse ways—including outside the institutionalized church.

“One thing I knew by this time, that I needed Christ and not merely His religion…”

Her 1887 book, The High Caste Hindu Woman, was a withering critique of the treatment of women in India and became hugely popular. In the early 1900s, she translated the Bible into Maranthi—one of seven languages in which she was fluent—so that the locals could understand and digest the same message that had liberated her.

Due to her lifelong critical analysis of the Hindu caste-system, she was rejected by prominent Indian cultural officials and omitted from most history books. Today, however, she is celebrated in academic circles in India.

Despite the mixed reception she received in life, Ramabai’s faith and resolution to cling to Jesus yielded astounding results. At the age of 40 she became the first woman to address the 2000 delegates of the National Social Congress in Bombay, India. When she stepped up to the podium, her small voice at first did not carry very far. The delegates settled down and she waited until an awkward silence reigned. Then she spoke: “It is not strange, my countrymen, that my voice is small, for you have never given a woman the chance to make her voice strong!”

The resolution on gender reform that was before the floor passed with an almost unanimous majority.

One of the most recognized impressions Ramabai has left behind is the Mukti Mission, which she founded in 1889. Through this mission she housed over 2,500 people—widows, blind, disabled, outcast boys, and elderly—in six homes across India. She described her ministry this way: “And how will the locked door of Indian zenanas [homes] be opened for the spread of Gospel? [By] giving education to the women, whereby they will be able to bear the dazzling light of the outer world and the perilous blasts of social persecution.”

Later in life, Ramabai discovered that she was rapidly losing her hearing. While she had long championed the cause of disabled people in India, she now found herself among them. In 1919, Pandita Ramabai—the deaf and widowed Indian woman—was given the Kaiser-Hind Award by the King of England for outstanding public service.

Throughout all of her work to uplift the downtrodden, she always credited the person who had lifted her: Jesus Christ. In the same way Jesus used his standing to educate and convict the pharisees (“Let whoever is without sin cast the first stone”), Ramabai used everything God had given her to attack the systems and prejudices that damaged her fellow humans.

While missionaries of the time focused on proselytizing and individual salvation as the end goal, she realized that Christianity is really about the personhood and relationship with Jesus. While her accomplishments are many, her undeterred and simple faith in Jesus is the true legacy of this reformer. Ramabai never entered her ministry with the goal of accomplishing anything; she simply committed to treating those on the outskirts as equals, and worthy of her life’s service. 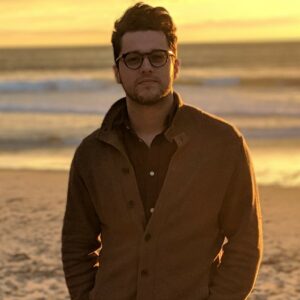 Thaddeus is a Southern California resident who has a passion for communication and spreading God's kingdom.
PrevPrevious“Wherever I go, persecution follows me”
NextWomen of Valor: Devon Feldmeth Alchemizes Her Pain for GoodNext