The following is part two of a two-part feature. Read yesterday’s post for the DeSoto’s full story.

Following Peter’s attack and only halfway through their missionary commitment to ENLACE, the DeSotos decided that leaving would do more harm than good.  Peter explains, “[Leaving] felt more dangerous to me. I didn’t want my children or Dara to leave El Salvador because of the trauma. I felt like that would teach them that El Salvador was unsafe, mission work not worth it, and trials something to run from. I wanted them to heal in El Salvador. Peter’s own faith took a new direction, and he was more convinced than ever that he was in the right place. “I never questioned if I wanted to stay or not. I was determined to stay. I questioned if Dara and the kids would be able to feel safe enough to re-engage and give it a go. Many friends and family were upset with me for not coming home (to the U.S.) and starting a new life without the danger of El Salvador.”

Faith after a trauma is difficult to navigate, but the mission field—and a family along for the ride—compound that difficulty further.

Dara is grateful for the experience of raising her children in El Salvador, but recognizes how heavy it sometimes felt. “My kids were the four little people that God had given to me to love, teach and care for. I didn’t feel unique or special as a missionary, just obedient to a calling I didn’t fully understand. It was often hard for me, and I would awake each morning and go to bed each night choosing to trust in a good and loving God, regardless of what I saw or felt. The experience of being on the mission field shaped my kids by faith. It taught them not to rely on their feelings, but on the active reliance to Jesus Christ. That’s what they saw in me, because I was often a mess, only holding on to Jesus.”

Peter adds, “My biggest struggles were (and still are to this day) with my paralyzed vocal chords and inability to talk. I didn’t know how I would continue to lead mission teams and work in communities if people couldn’t hear what I say. I hated talking, and the pain associated with it. But I was determined to figure it out.” The DeSotos would remain in El Salvador for another two years, until their five-year commitment came to an end.

The mission of ENLACE is still expanding, even though Peter and Dara have returned to the United States. The focus continues to rest on the ability of the local church to mobilize resources in tandem with the program. “What is amazing today is that ENLACE now works with over 90 churches in two countries (now serving in Nepal as well as El Salvador), impacting the lives of over 500,000 people through the work of local churches.”

And while the violence and poverty in the country are deeply rooted and complicated problems, Peter believes that El Salvador is seeing a time of hope and healing.

The power of Christ is transforming lives, and there is a movement of churches reaching their neighbors and loving in powerful ways.”

Ministries like ENLACE and many others are helping local churches respond to violence in love rather than fear.”

Part of the DeSoto’s story as reformers continues to unfold while they are stateside, as Pete and Dara’s experience has ripple effects in the people that they meet and speak to now. One of the people they influenced was Christy Krumm Richard. As soon as  she heard Peter speak for the first time about the shooting in El Salvador, she was captivated. “It sounded like a movie,” she remembers, “And there was so much of the story that I didn’t even know yet.”

Christy was so energized by the testimony of the DeSotos that she decided to write a book about the experience. Adding to the tremendous (and miraculous) weight of how God had intervened for the DeSotos already, Christy’s Kickstarter campaign to fund the research and publishing process for a book about the shooting and what happened afterward hit its goal of over $10,000. Clearly, it was a story God wasn’t done telling, and the ministry of Peter and Dara’s choices echoes, even now.

Over ten years later, the healing process of the shooting continues for Peter. “It has been a bumpy road. I’ve experienced trauma, anger, pain, and isolation. I’ve experienced tremendous satisfaction in vocational ministry, as well as gut-wrenching hurt and rejection. What has never changed is Jesus. I trust Him more than I ever have. He has never, ever, ever, let me down. He’s worth every bit of trust I can muster.”

You can find the full story of the shooting and the DeSoto’s ministry afterward in the book Shot, available now. 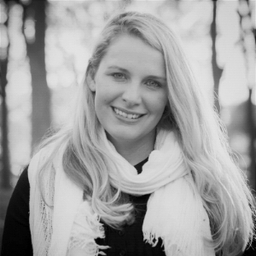 Kathryn Watson is a writer, first and foremost, but finds herself working as an editor most of the time. She is a graduate of the Writer's Institute at Susquehanna University. Approximately 65% of the feelings she has ever felt were toward books. She lives in New York City with her husband and two young sons. Visit Kathryn's Site
PrevPreviousGunshot Echoes (Part 1)
NextWhen Your Neighbors Are RefugeesNext