Without the allure of luxury tourism like its neighbor Costa Rica, Nicaragua is often neglected. The country still suffers from the effects of American imperialism dating back from the 1800s, manifesting in deficient infrastructure and cyclical poverty that traps generations. Rampant potholes plague highways and families lack father figures. Yet despite these adversities, foreign and national reformers have traded first-world comforts for the prospect of loving Nicaragua. Earlier this year, I traveled there to meet a group of expats who gave up their normative lives in the U.S. to follow Christ in this beautiful, disregarded land.

It was close to midnight and Michael Fulsom was waiting for me at the Managua airport. Once dubbed ‘Mad Mike’ by friends for his feral behavior during college, the same friends jokingly refer to him as ‘Wholesome Fulsom’ since he was transformed by the gospel. After meeting God, Mike moved to Nicaragua to host an afterschool program at his house and teach children about Jesus. This was the extent of what I knew when he picked me up in his truck.

It has been said that Mike “wakes up each day and walks in the Spirit.” This description is dead-on—being around Mike is like a spiritual crash course in grace. Days in Nicaragua are unpredictable and in order to care for those around him, Mike chooses to be flexible and patient. Time isn’t a commodity and there’s no such thing as rush. Instead, Mike passes unfiltered time with his neighbors. He knows the child street merchants by name and locals visit his residence throughout the day seeking prayer. He loads up his truck with rice, beans, and bread and makes deliveries to nearby impoverished barrios. The only real schedule he seems to keep is that of his afterschool program.

The Isaiah Project is run by Mike and his wife, Jessica, a native Nicaraguan. Together, they open up their home throughout the week to welcome droves of kids wishing to learn what the school system failed to teach them. It’s remarkable to see so many kids attending a grassroots education program that started with a single gringo offering kids rides in the back of his pickup.

North of Managua lies Esteli, a small city tucked away in a rugged mountain range. It was here Mauricio Rodriguez, who was born an orphan in a nearby village, met me in the rain. After learning of Mauricio’s background from past Nations stories*, I was excited to meet the man who left his extended family in LA in order to return to the village of his birth. We planned to visit the schools he was establishing in the area’s remote villages and I was eager to witness the impact of Mauricio’s life on the region.

Early in the morning we set off in his souped-up truck. Crawling up the dirt road, Mauricio stopped to talk with passersby and give hitchhiking students rides to class. It was true when he told me he knew everyone; he had backpacked to every village on the mountain range and visited every home.

When four-wheel drive had run its course, we transitioned to horseback. The rest of our journey was lead by a guide who supplied horses for free. In Esteli, all of the villagers are happy to help Mauricio in any way and careful to protect him. During the journey our guide refused to let us ford a second river because the strong currents posed too great a risk of losing Mauricio.

When we finally reached the school, the children were ecstatic. They had grown to trust and love Mauricio’s continued involvement in their lives. This is exactly what Mauricio’s ministry, Tree of Life 84, is all about: creating loving environments and social initiatives for children and their young mothers.

The kids were all smiles as Mauricio joined in the schoolyard games. Playing kickball in the jungle couldn’t have been a better way to celebrate our long trek, and my expectations were completely outdone by this hometown hero who was once an abandoned child himself.

Down the mountains and along the coast lives an American family acclimating to their new tropical surroundings. It’s a far cry from their Pacific Northwest heritage, but they are beginning to adapt and thrive in their new home.

The Herrings are a Swiss Family Robinson dream come true. After Dustin and Angie Herring decided to relocate their family of six from Oregon to the small coastal town of Salinas Grande, climbing trees barefoot and chasing cattle became the new norm.

Back in the U.S., the Herrings had achieved a typical upwardly mobile American lifestyle. They had stable jobs, a good home in a safe neighborhood, and a beautiful slew of children. But life was monotonous and didn’t fulfill their desire to help those in need, so they started asking God to show them what breaks His heart. He responded to these prayers by bringing the Herrings story after story, each one pointing to Nicaragua. So Dustin and Angie did the unthinkable in the eyes of most westerners: they uprooted their family and moved to a developing country.

The Herrings now manage a nonprofit named Water & Light and are dedicated to working with the children in Salinas Grande to provide hope for the next generation. When I visited the Herrings, they had lived in Nicaragua for less than a year, but were already hosting a series of English classes for local kids. Speaking English is a surefire way to increase a Nicaraguan’s opportunity for work and the Herrings plan to take full advantage of this teaching potential. It’s their dream to construct a new building with the capabilities of hosting even more English classes as well as providing a retreat for spiritual contemplation.

I departed the States without much forethought. A series of promptings led to a handful of conversations, a couple plane tickets, and not much else. Yet I was pleased to find the reformers I met didn’t think this was so far-fetched. They had all settled in Nicaragua with little more than a few nudges from the Holy Spirit and the willingness to see where it led them.

When I think of Mike, Mauricio, and the Herrings, I think of the Kingdom of Heaven. I think of the story Jesus told of the man who discovered treasure in a field and sold all he had to obtain it. Having found that same treasure, these reformers are living the reality of the Kingdom of Heaven. They encompass the reckless love Christ brings into your life, compelling you to forgo the safety and comforts of routine in exchange for the divine peace and purpose of God. 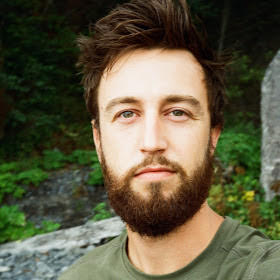 James is a California native who is spiritually gifted in the game of corn hole. When not on the road, you can usually find him in the Pacific Ocean. He carries a subtle appreciation for how everything he owns is covered in sand. View his work at galtvisual.com.
PrevPreviousLike the Blues: Where Beauty and Suffering Coexist
NextFighting the Gates of Hell: The Hope for Christians in IraqNext