“It’s My Story:” Dispatch from a Moroccan Migrant Center

*All the names in this article have been changed to protect the individuals identity.

RABAT, Morocco  — Maria was 28 years old when she fled war in the Democratic Republic of Congo (DRC) with her two children. The drawing she showed me at the migrant center depicted her husband dead, after being shot by militia, as she and her children escaped by boat. Maria’s drawing also detailed her family’s walk through the deserts of Niger and Algeria, witnessing yet more death and horror as other migrants traveling with them lost their lives due to dehydration, hunger, and armed militia.

Maria has lived in Morocco for 10 years now. As I looked at her art and tried feverishly to blink away tears, she shrugged and simply said, “C’est mon histoire”—It’s my story. She still dreams of crossing the Mediterranean and going to Spain. I asked whether she wanted to risk the journey—after all, thousands of migrants have lost their lives on the crossing in this year alone. Her reply was simple: “I already walked through the desert.”

I had been in Morocco for two days, working on an art/research project called Yesterday, Today, Tomorrow that invites refugees to draw their past, present, and future lives. The project’s goal is to give refugees their own singular, common voice by creating a visual language that can be communicated by every person regardless of nationality, education, language, or dialect spoken. Though I’d already worked in migrant centers across Serbia, this was my first time in North Africa. I had met adults, families, and children who had fled war. I had met those who had been abused on their journeys and those who had seen their children murdered in front of their eyes. After Serbia I thought perhaps I knew what to expect, but the reality for migrants in Morocco is anything but straight forward.

As I looked at her art and tried feverishly to blink away tears, she shrugged and simply said, “C’est mon histoire”—It’s my story.

With main entry points in Europe closing for migrants, a recent report by the UNHCR indicates that many Africans fleeing violence, unrest, or economic challenges have turned their sights to Morocco. It is currently estimated that due to European border closures, around 59 percent of Morocco’s migrant population comes  from Syria. As this population climbs, violence against migrants is also on the rise. Gadem, a human rights group in the country’s capital of Rabat, estimates that 6,500 migrants have been forcibly detained or even banished to other parts of Morocco.

“The situation here is very bad,” said a Gadam representative in Rabat. “Our organization is struggling to cope with the sheer scale of those needing our support. Here in Morocco, migrants in the country are facing arrest, banishment to rural areas of the country and, more recently, expulsion.”

In Morocco, I worked with migrants mainly fleeing political violence in Guinea and Guinea-Bissau, both in West Africa. Our team met young musicians, aspiring footballers who dreamed of going to Paris, a pastor from the DRC, and a man who wished to continue pursuing his career as a human rights lawyer in the United States. Not unrealistic, far from it—but I couldn’t help but wonder how long their dreams would have to be put on hold.

After Serbia I thought perhaps I knew what to expect, but the reality for migrants in Morocco is anything but straight forward.

Then I met Gabrielle, who was just 12 years old when she fled war and ethnic violence in Bunia in the eastern part of the DRC. She traveled first to Kinshasa before making the journey to Morocco.

Gabrielle politely asked whether she could draw the story of her sister, instead of her own. The now-14-year-old carefully crafted an image with bright and vivid colors. She drew her sister, in love with her boyfriend, then later discovering that she was pregnant. She drew her family forcing her sister to leave the home. It is my understanding that her sister then committed suicide.

But we did not want to confirm. We could not bring ourselves to ask. How could we?

Opposite Gabrielle sat five-year-old Justine, also from the DRC. She was cheerful and eager, placing her finger to her chin as she decided what color crayon to use. When she saw that I wasn’t drawing, she quickly handed me a piece of paper to draw my own “Aujourd’hui” (Today). We talked in my broken French about what I could draw.

“Une école ou une église,” (a school or a church) she suggested. When I finished, Justine was so in awe that my attempt resembled what I had intended that she copied my drawing. “C’est la même chose!” she repeated happily. It’s the same thing.

I explained that my “Today” drawing depicted me as a teacher tutoring my class, because I really enjoyed school and education, with a cross around my neck to show my Christian faith. “Moi aussi,” she answered—me too—while gazing at Gabrielle’s drawing opposite as she exclaimed again, “Wow, plein de couleur!”

In that moment, all I could think was: “Lord, I am so thankful that she cannot understand the trauma of that drawing.”

After Gabrielle, Justine, and the other workshop participants had left for the day, I went and stood on the balcony to stare at the sea. The workshop was a shocking introduction to the reality that migrants currently face in Morocco. It was something that, if I am a honest, I was not totally prepared for.

The reality that I did not want to confront was that until the wars, political unrest, and ethnic violence stop, refugees and migrants will continue to come. They will continue to push forward, to dream of creating a better life for themselves and their families.

“If we weren’t there, then who would be?” I asked an American foreign news correspondent over coffee in the Madrid airport on my return journey home. She had been living in Rabat for four months, studying Human Rights and Arabic. As I told her about the work I had done in the centers and the weight of the stories I heard, it became clear that this is the heart of advocacy: to give a platform to those who feel their voices are being silenced and help to make others aware of their situations.

Until the wars, political unrest, and ethnic violence stop, migrants will continue to push forward, to dream of creating a better life for themselves and their families.

Now home, the reality of what I heard and saw during my time in Morocco still hits me hard at unexpected moments—in the supermarket, eating breakfast, or speaking with family who want to hear about my “exciting work.” For me, this act of listening and bearing witness is a compulsion, stemming from a desire to be an advocate for migrants, just as Jesus is for us.

This is the heart of advocacy: to give a platform to those who feel their voices are being silenced.

In Morocco God showed me darkness, people’s deep pain that they offered to us in drawings and stories. Yet, as they drew their lives, I could see God’s peace and hope over them. I could feel the sheer determination that God had placed in their hearts and minds, willing them to create a better future for themselves and their families. Not even the threat of death turns them away from their dreams. This determination strengthens me to receive and share their stories, following Christ’s example as advocate.

If we are not there, who will be? 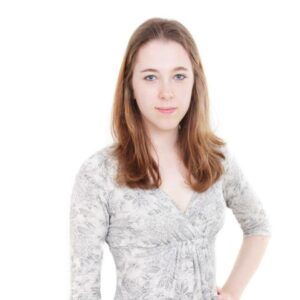 Elizabeth is an English freelance journalist. As a Christian, she passionately focuses on giving people a voice. Elizabeth's work focuses mainly on human-rights, conflict and refugee issues. She has worked on stories in Bosnia-Herzegovina on the aftermath of gender-violence for war survivors, worked with women suffering from HIV/AIDS in rural Uganda and worked with disadvantaged children in Moldova. She also works as the Communications Manager for an art/research NGO called "Yesterday-Today-Tomorrow" established by Irish, Pairs-based contemporary artist Bryan McCormack. The project invites refugees to draw their past, present and future lives. Elizabeth has worked on this project in various countries including Serbia and Morocco. She has hopes of studying a masters in Human Rights and is based between the UK and Sarajevo, Bosnia-Herzegovina.
PrevPreviousSights and Sounds: Migrant Caravan in Tijuana
NextFaces of the CaravanNext