A New Era, A New Hope

In volume one, James Galt introduced you to Pastor Manuel, a humble Cuban man who leads a number of house churches in Havana, Cuba. Due to economic and political struggles, many in this growing congregation of believers did not own Bibles. When we heard this, we couldn’t stand by. We traveled to the country in March to guarantee a successful delivery of brand-new Spanish Bibles. While meeting with Manuel and various house church leaders, we witnessed a surprising new narrative that God is orchestrating in Cuba.

No visit to Cuba is complete without the obligatory remarks: “You’ll love the colors.” “It’s so quaint.” “See it before capitalism ruins it.”

What’s not mentioned is the reality behind the chromatic charm: the pastor with crippling back problems who walks dozens of blocks in order to fetch water; the family of seven who shares a 500 square foot apartment; the $20 monthly salary on which most Cubans survive.

And beyond that, something more. Beneath the extreme poverty and the charming surface is a rumbling of hope, a glimpse of eternity. It’s easy to miss from a cruise ship or guided tour. But it’s there for those who wish to forego their itineraries and enter a place where hurt and hope coexist.

It is early March 2016. President Obama arrives in Cuba next week, the Rolling Stones the week after that. Word is abuzz that things are changing. A thick air of curiosity mixed with caution infiltrates the streets of Central Havana. Could improved relations with the United States really change Cubans’ daily reality? Will an onslaught of new tourism help or harm the local economy?

Pastor Manuel shares the interest, but he doesn’t place his hope in any of it. “Maybe for another generation it is going to be good,” he says. “Maybe in 100-150 years the connections that are being made today will be good. But Cubans are not putting their faith in that.”

For many locals, it’s hard to imagine their country apart from communism and isolationism. Since the United States issued a permanent trade embargo in 1962 in response to Fidel Castro’s communist regime, Cuba has been a shell of its former self. Without the imports of food, American cars, and modern technology, time came to a grinding halt. Cubans were forced to make do with what was available—and that didn’t amount to much more than crumbling infrastructures and meals of rice and beans.

“Salaries are so low; they last for a week or maybe a few days,” Pastor Manuel says. “It makes it so that workers—called ‘left hand laborers’—divert materials legally intended for their jobs toward personal purposes in order to have extra income to meet their daily basic needs.”

This profiteering status quo has even infiltrated Cuban churches. Bibles are sold through the government-controlled Council of Churches at outrageously high prices, often around $10 per Bible. For families in the church, spending half a month’s salary on one Bible is nearly impossible to justify.

In spite of Cuba’s perceived lack—or perhaps because of it—a pure picture of the early Church has emerged, with Pastor Manuel leading the charge.

His ever-growing congregation of 112 people meets in humble apartments throughout Central Havana. No production antics, no frills: just uninhibited acappella-style worship and simple Gospel teachings. Outside of services Pastor Manuel meets with leaders and “equips them to equip” by baptizing and empowering them to lead. Without the funds to buy a large space to meet as one body, discipleship is essential in furthering the movement.

“If you need something and I can do it, I’ll do it for you because you are my brother. In a community of people who are bearing each other’s burdens, we are supporting one another, trying to make things happen. There are times in which not the effort, not the amount of money is needed, but love,” Pastor Manuel says.

It is with this same love that Pastor Manuel has also created Hope of Life, an organization within the church bringing joy to cancer-stricken children at the oncological hospital in Havana. In a place of pain and uncertainty, Hope of Life gives toys to children and food to their families.

“Hope of Life Foundation was created and led by the spirit to share the word of God and to put love in action through deeds,” says Pastor Manuel.

In a city riddled with corruption and poverty, Pastor Manuel’s congregation defies stereotypes with scandalous love and extravagant giving. It looks a lot like the early Church in the book of Acts:

“And they devoted themselves to the apostles’ teaching and the fellowship, to the breaking of bread and the prayers. And awe came upon every soul, and many wonders and signs were being done through the apostles. And all who believed were together and had all things in common. And they were selling their possessions and belongings and distributing the proceeds to all, as any had need. And day by day, attending the temple together and breaking bread in their homes, they received their food with glad and generous hearts, praising God and having favor with all the people. And the Lord added to their number day by day those who were being saved” (Acts 2:42-47).

Relations between the United States and Cuba are improving by the day. Just two months after this visit, Cuba welcomed the first US cruise ship to arrive in decades. Commercial flights are set to resume later this year. As walls between these two nations continue to fall, may we look beneath glamorous facades and instead look forward to doing life with our brothers and sisters. They have much to teach us, if we are willing to listen. 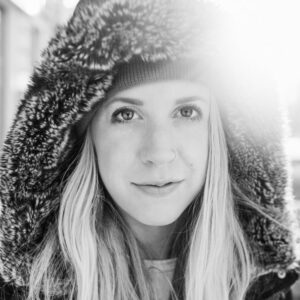 Brianna is a Pacific Northwest-based writer and editor who seeks stories that breathe hope and inspire action. Her favorite kinds of people are peacemakers, bridge-builders, storytellers, and dreamers. She is the Senior Writer at Nations Media. Visit Brianna's Site
PrevPreviousEmpowered to Love
NextBrianna LantzNext